What is Uniquely You?

Uniquely You is an organization that helps both businesses and faith-based groups. UY's faith-based mission is to be a Christ-centered, Bible-based ministry dedicated to empowering and equipping Christians through discovering their giftedness.

Serving Corporate America by providing Human Resources, UY specializes in Human Behavior Science from a secular and / or biblical perspective.

Uniquely You is one of the most popular profile providers and the pioneer for combining spiritual gifts with the 4 DISC personality types. You can now assess your own or ministry's strengths and "uniquenesses" by identifying your DISC personality profile and spiritual gifts types. By understanding Human Behavior Science from a biblical perspective, you can help members

find their shape and place in the ministries of your church. These personality insights and motivational gifts will improve your ministry's church health, assimilation, network, involvement, leadership, evangelism, discipleship, conflict resolution, and spiritual growth.

The Uniquely You DISC Personality Profiles were developed by Dr. Mels Carbonell in 1987. Trained by Dr. John Geier, founder of the DiSC Performax Personal Profile System (which is now part of DiSC Inscape Publishing), Dr. Carbonell was first introduced to the DiSC Personality Profile while attending Dallas Theological Seminary. Because of his burden to help churches improve their effectiveness, plus increase church growth, and health, Dr. Carbonell created the first of their kind combination Spiritual Gifts and DISC Personality Profiles. Uniquely You purposely doesn't refer to them as Personality Tests because people pass or fail a test, while these DISC profiles are simple personality assessments. No one fails.

LaHaye and Florence Litthouer have popularized these titles, but it was William Marston who in 1928 introduced the four initials D for Dominance, I for Influence, S for Submissive, and C for Compliant.

Uniquely You is committed to providing the most comprehensive, simple and thorough, yet practical profiles for ministries, businesses, and personal development. 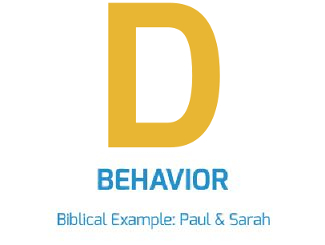 Respond Best To Leader Who: provides direct answers - Sticks to task - Gets to the point - Provides pressure - Allows freedom for personal accomplishments

Needs to Learn: You need people - Relaxation is not a crime - Some controls are needed - Everyone has a boss - Self-control is most important - To focus on finishing well is important - Sensitivity to people's feelings is wise

Respond Best To Leader Who: Is fair and is also a friend - Provides social involvement - Provides recognition of abilities - Offers rewards for risk-taking

Needs to Learn: Time must be managed - Deadlines are important - Too much optimism can be dangerous - Being responsible is more important than being popular - Listening better will improve one's influence 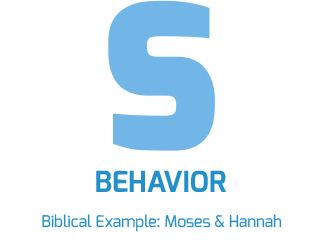 Respond Best To Leader Who: Is relaxed and friendly - Allows time to adjust to changes - Allows to work at own pace - Gives personal support 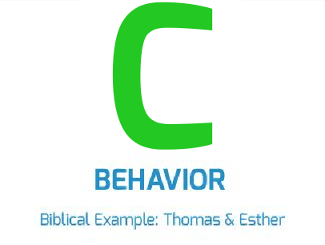 Needs to Learn: Total support is not always possible - Thorough explanation is not everything - Deadlines must be met - More optimism will lead to greater success

Mels Carbonell, Ph.D. in Human Behavior and Leadership, is President of Uniquely You Seminars and Resources, plus the Leadership Institute of America. He has published six books: What Makes You Tick, Solving The Mystery of Motivation, How To Be Personality Wise, Discover your Giftedness, So You're Unique! What's Your Point? and Extreme Personality Makeover. Dr. Carbonell has also developed and published over 30 assessments designed for individuals, churches, organizations, and businesses to help improve their Human Resources effectiveness. He created the "first-of-its-kind" combination Spiritual Gifts and DISC Personality Profile that is used in ministries throughout the world. He has numerous Facilitators' Manuals, plus various faith-based and secular resources to increase involvement and reduce conflicts in the church and at work.

As a youth specialist, he received the Sertoma Club's "Service To Mankind" Award in 1973 for his outstanding work with youth. With up to 1,000 teens attending his weekly Bible studies, he has influenced many young people who are now serving the Lord as business and church leaders, plus pastors, teachers, and missionaries.

As a minister since 1966, Dr. Carbonell pastored "Florida's Fastest Growing Church" in 1975. He also led the church to have the "Largest First Anniversary" in U.S. history according to CHRISTIAN LIFE MAGAZINE with 1471 people attending. His second church doubled in attendance in less than two years. Specializing in the science of motivation, he has devoted a lifetime to helping others do their best.

As an educator, Dr. Carbonell co-founded a private school with Mark DeBee that grew to nearly 400 students in ten years. In 1984, Dr. Carbonell was invited to the White House for a special briefing with President Ronald Reagan. He is a Dallas Theological Seminary graduate deeply committed to helping educators and ministers improve their effectiveness. Dr. Carbonell has personally trained thousands of consultants and coaches who are influencing hundreds of thousands worldwide. A couple of those he has trained are: Dr. Robert Rohm with Personality-Insights and Jay McSwain with PLACE Ministries. Dr. Carbonell's desire and passion is to help others do better than he has done. 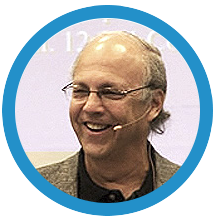